LeNard Rutledge, born and raised in Miami, Florida, where there are only a handful of truly great jazz vocalists, is usually compared, aptly, to the legendary Lou Rawls. Like Rawls, Rutledge's classy elegance is often permeated by the raw passion of his church choir work. In fact Rutledge still sings with the choir at The Church of The Incarnation. Rutledge began not as a vocalist but as a percussionist, playing in the marching and concert band at Miami Central Senior High, and later making his income while attending Saint Augustine's University in Raleigh, North Carolina.  He began his vocal career in 1997, when he was asked to join the famed Melton Mustafa Orchestra after returning to Miami. LeNard was the featured vocalist for Melton Mustafa for seven years. In 2002, Rutledge was introduced to the music director of The Van Dyke Café's, Don Wilner, who immediately recognized Rutledge's talent and began giving him regular performance dates. LeNard has shared the stage with a number of highly respectable jazz artist such as: Wycliffe Gordon, Kenny Drew Jr., Dee Dee Bridgewater, Kirk Whalum, Marion Meadows and the late George Duke. 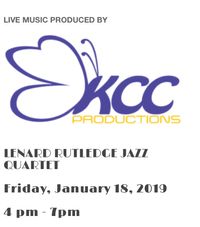 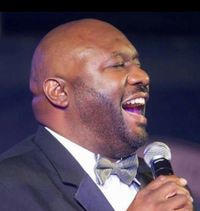 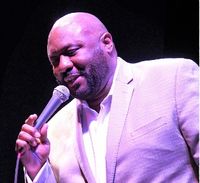 Piano and vocal performance with Felix Gomez on piano. Mostly Jazz and songs from The Great American Songbook.

Songs from the Great American Songbook. Piano and voice duo.

Songs from the Great American Songbook. Piano and Vocal duo.

Featuring The LeNard Rutledge Quartet. Songs will be performed from the Great American Songbook.

Located in The Palms at Town & Country.
From 7pm-8pm WDNA.org will broadcast the performance live.

Piano & Voice performance in the lobby of the Betsy Hotel